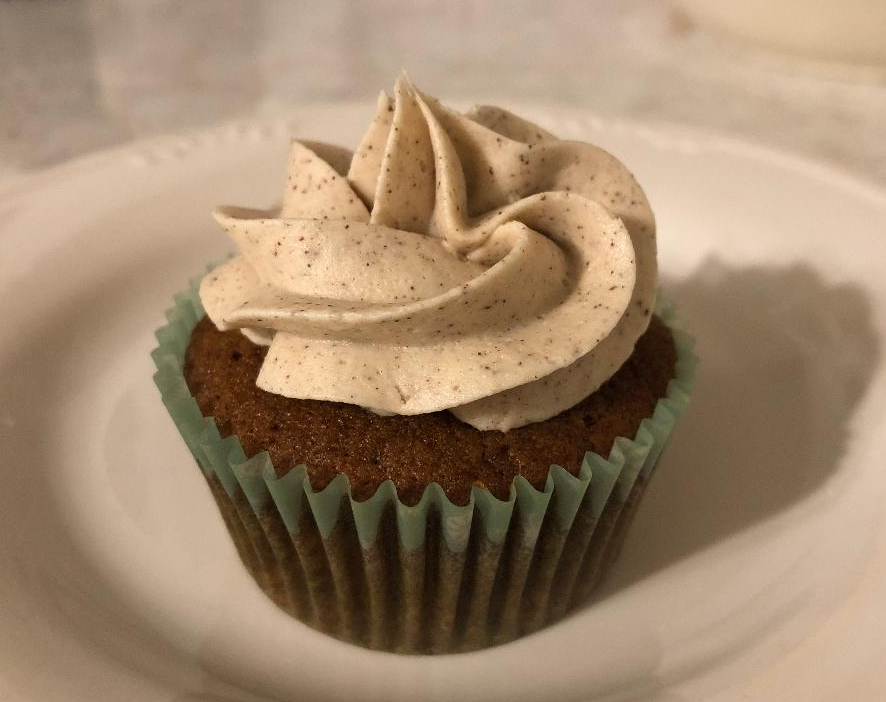 Gingerbread is one of my favorite things about Christmas, and I’ve baked some decent gingerbread treats in previous years. This time I wanted to make a gingerbread cupcake, so I turned to a gingerbread cake recipe I had from several Christmases ago and it turned out really well.

The cinnamon vanilla buttercream I paired with these treats is delicious, but it almost overshadows the gingerbread flavor for me. Next time, I might not frost these at all, but instead dust them with powdered sugar, or just do a drizzle icing with powdered sugar and water to glaze the cupcake tops.

For the cinnamon buttercream

In a medium bowl, combine flour, cinnamon, ginger, allspice, cloves, baking powder, and baking soda; set aside. In a mixing bowl fitted with the paddle attachment, cream together butter and brown sugar until fluffy, about 2-3 minutes, scraping the sides of the bowl well. Add molasses and egg and beat well to combine. Add flour mixture and water alternatively in three batches, starting and ending with the flour and mixing to combine between each.

Fill cupcake wells about half-full with batter and bake for 16 minutes, or until a cake tester comes out clean – just be careful not to over-bake these cupcakes, and gingerbread mixtures can burn easily. Remove from oven and immediately remove cupcakes to wire racks to cool completely.

For frosting, beat butter and powdered sugar on low speed until the sugar completely incorporates into the butter. Add vanilla, cinnamon, and milk and beat to combine completely.

Fit a large piping bag with a Wilton M1 tip and pipe swirls of frosting onto each cupcake; I had literally just enough for my 17 cupcakes, which was amazing. Store in an airtight container at room temperature for 2-3 days.